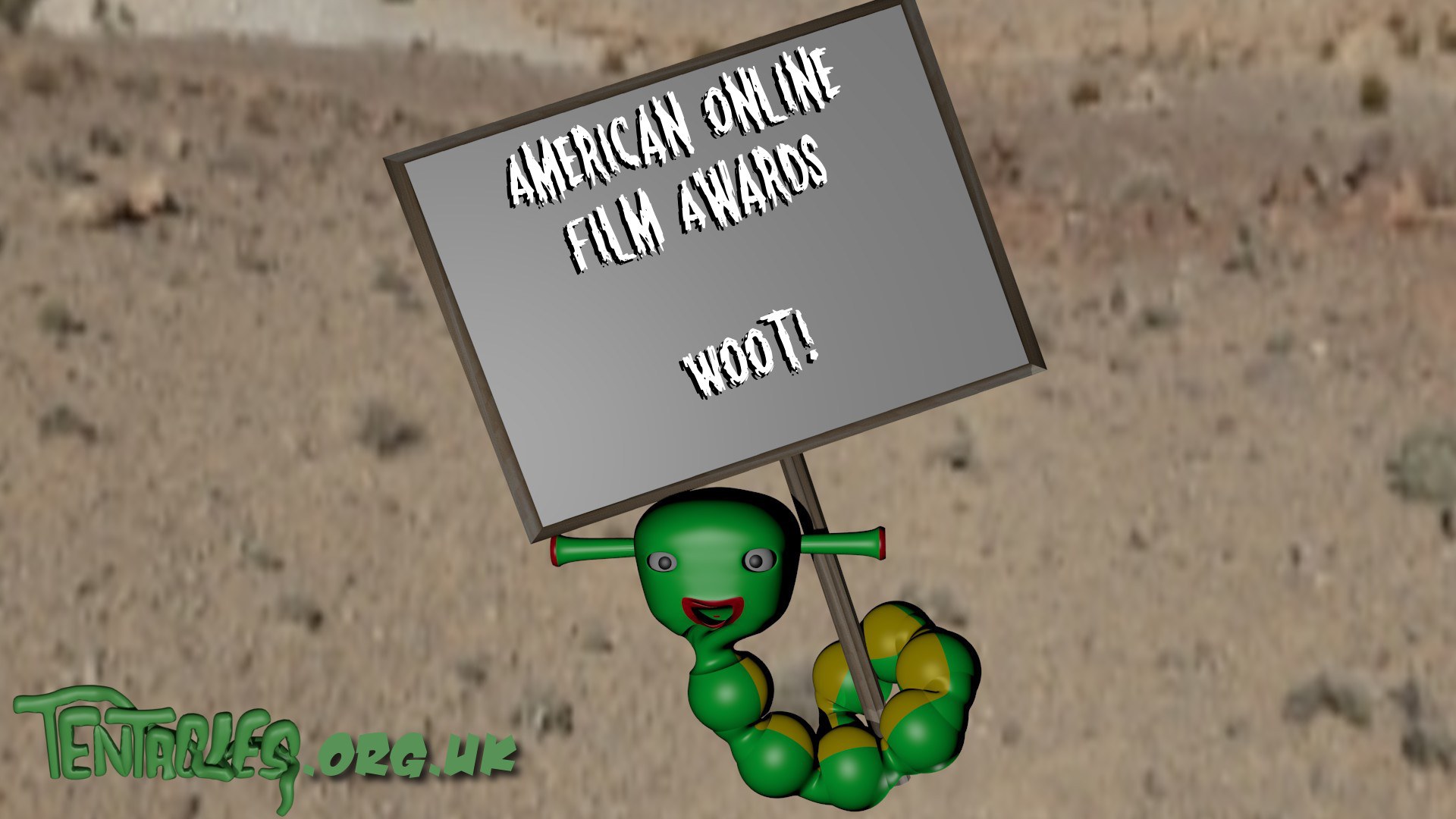 I was approached and invited to submit “Tentacles: After The End” to the first annual American Online Film Awards. So the the film has apparently been accepted for showcasing in advance of submission.

Which means the film will be available streamed online to AAOFA’s audeince for a couple of weeks in May.

There’ll be another showcase in the Fall, then the best of both are submitted for the awards which will be presented in New York at the end of the year.

Am I a film star now? Is New York a part of Hollywood?

Negative Miss. It’s the other side of the continent.

Yes, an all the more prestigious an event now it has our presence!

If we don’t win I’ll eat those judges on ryebread.