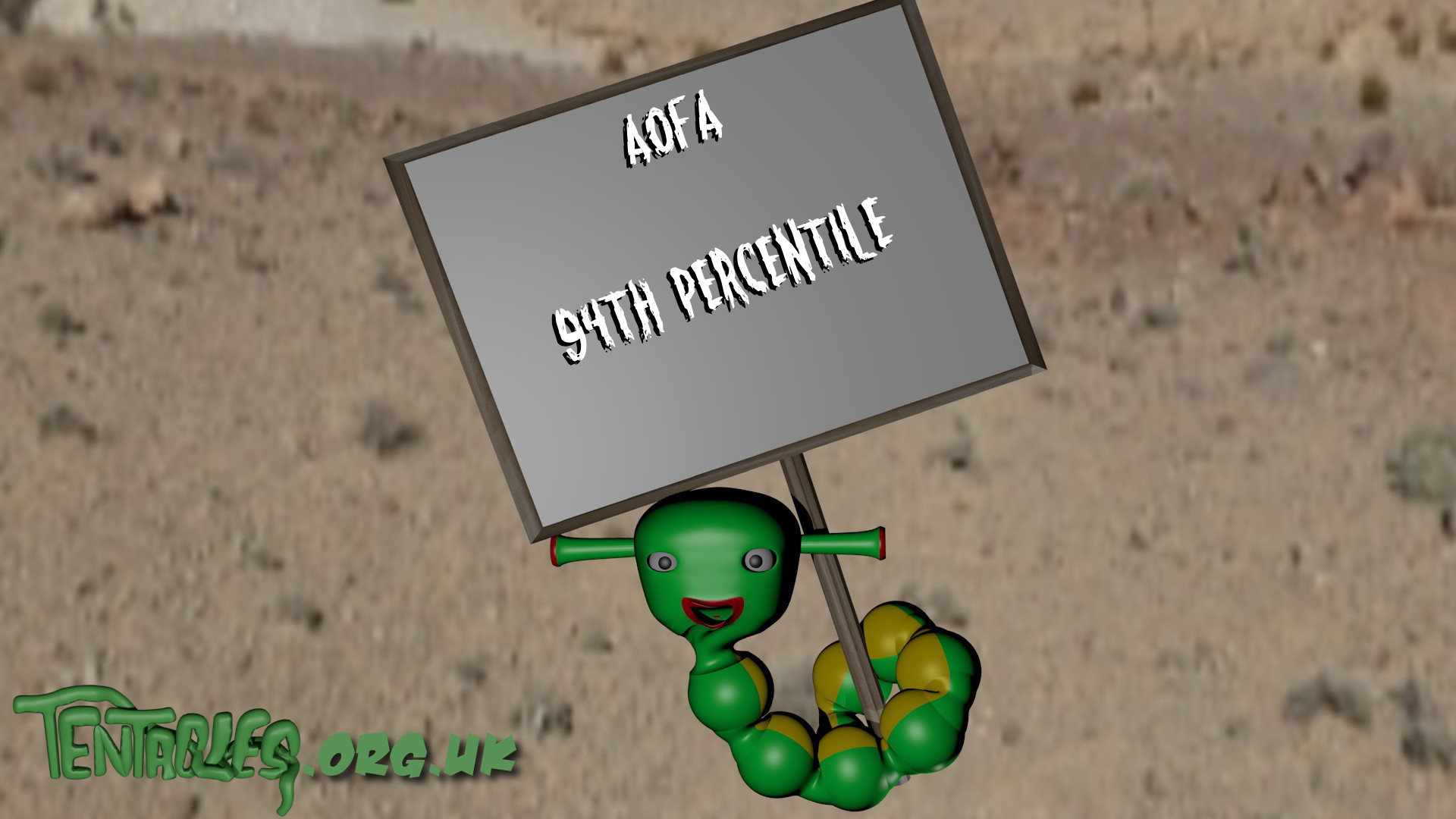 “Tentacles: After The End” has now finished it’s screening in the spring viewing of the American Online Film Awards, and some preliminary results are in.

It’s hard to understand exactly what the stats they’ve given us mean, but I think that probably 84 people a day on average watched the film over the last two weeks, and rated us highly enough that we’re in the top 94th percentile of all the movies in the screening.

They’re going to spend the next couple of weeks doing maths to figure that out apparently. Watch this space!