The new version of Blender has been out for a few days now, and I started looking at it last night a little. 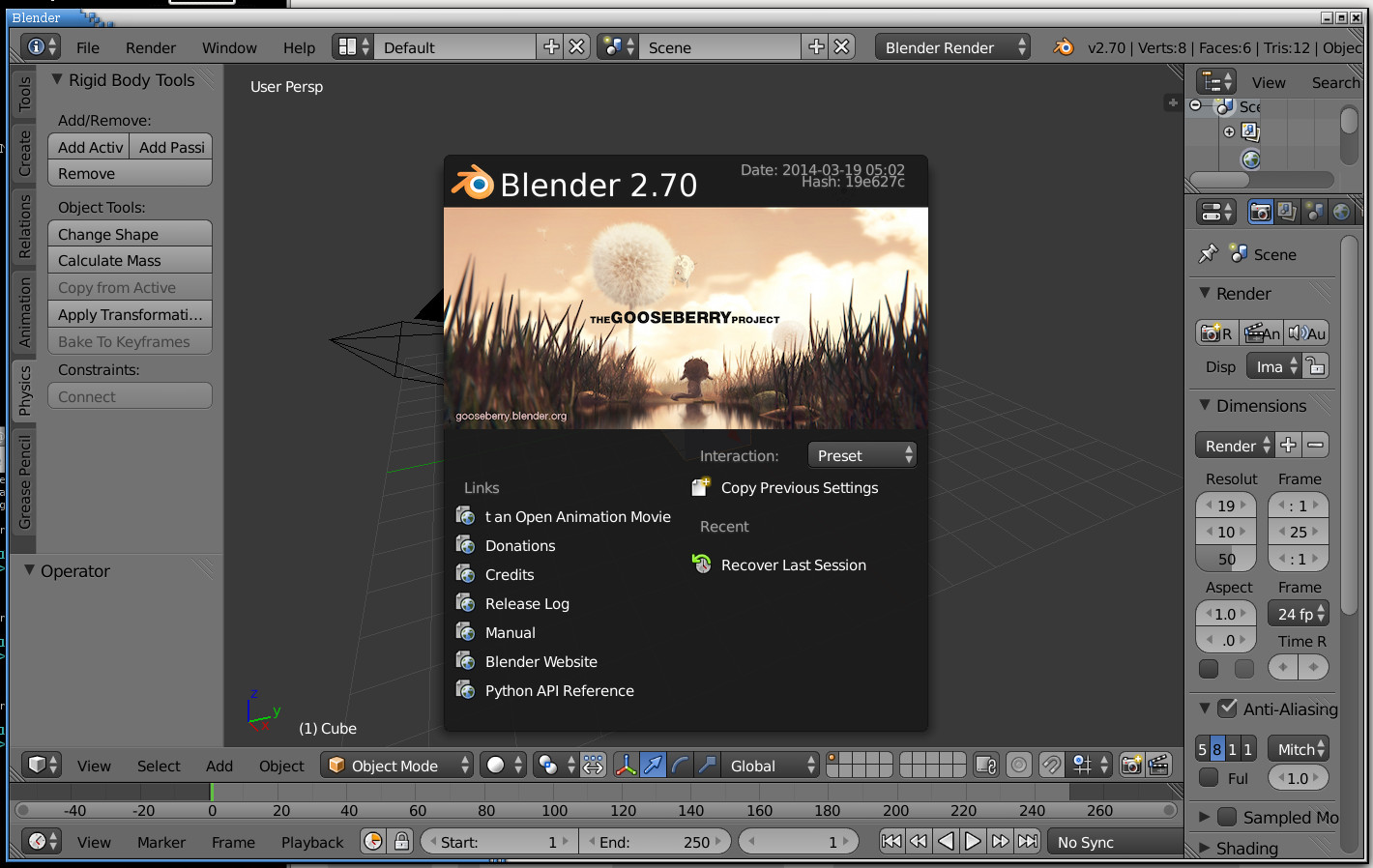 The first most obvious thing is the new Gooseberry Project banner, which is pretty. More about that later in the week I hope.

Once you’re past that the new tool-bar in the 3d modelling window sidebar strikes the notice first. It has tabs categorising some buttons for some common actions.

Seems like some of those buttons might be handy for beginners, but they’re basically all only a key-press away, and take up valuable screen-space, so I can’t imagine myself using it much. It’ll mostly be hidden.

Certainly an improvement though, and should make using unfamiliar plugins easier with luck.

This seems pretty awesome. Hook some groups of vertices in a mesh to some empty objects, tell the laplacian deformer to track that vertex group and the whole mesh just folds and warps around.

I mean I only found the Box deformer the other week and I thought that felt marvelous to use, but this new one just makes the mesh feel like an action figure in your hands with barely any rigging at all.

Hooks were new to me too. Hadn’t checked them out before. Can see how that’d be helpful elsewhere too.

Seems like it’d be great for nice long tentacles!

A new modifier for making an actual 3d scaffold mesh from each of the edges in your model. Seems to work simply enough. Can’t imagine what I’d use it for right now. Other than if I wanted to put a scaffold up a building I was modelling or something.

Newly inserted cameras now start pointing at the horizon instead of the floor. This is more efficient.

My current work in progress has some bugs, thanks to some stupid mistakes I made early on and then tried to cover up later. There are dependency loops I haven’t tracked down yet. It’s been annoying, it’s a bit of a mess and doesn’t load properly on the new Blender 2.7. I presume this is because of the new Dependency Graph code which makes all the work calculating each new frame get divided up more fairly between the processor-threads in a multi-core machine.

It does indeed feel faster when running with GL-Render playing all the physics and hair through though. SO that’s good.

This should make rendering on a CPU render-farm at AWS cheaper. Hurray.

That’ll save us actual cash money, thanks Blender!