Update: Sorry Doge fans, but the dogeapi is shutting down, and that’s what we used to accept Dogecoin. We’ve had to withdraw Doge payment for now. 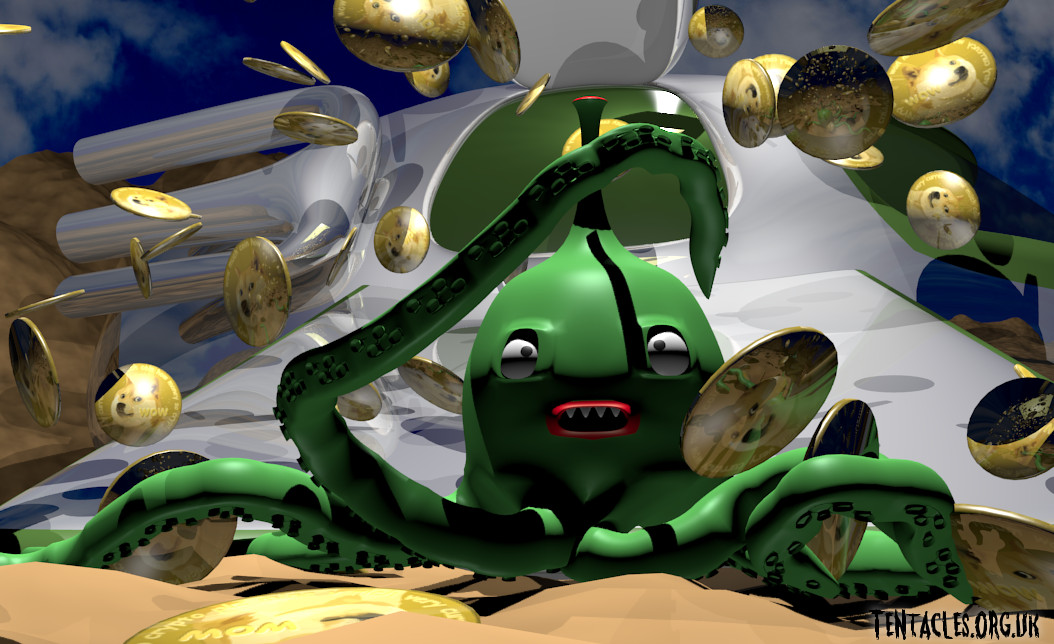 You’ve been able to pay-what-you-like in Dollars, Euros, Pounds and Bitcoin to download the Tentacles: After The End movie since release on the 23rd January.

But now you can also pay in Dogecoin!

Dogecoin is a cryto-currency similar to Bitcoin. Other than a few technical details the main difference is that there are more of them, each worth much less. There’s like a thousand of them to a pound at the moment. There’s also a good community of generous tippers trying to make it the defacto tipping currency on the web. And I believe the web needs a tipping currency, for digital artists, so accepting Dogecoin seemed like a natural choice.

Dogecoin’s mascot is the internet-meme Doge, a Shiba Inu dog who has much adventure. Here’s Weebl’s video of him, coz I love Weebl.

The thing I, like about the Dogecoin is that just play money, it’s monopoloy money, it’s people being able to act like publicly generous big-shot by giving away HUNDREDS of almost completely worthless disney-dollars.

And that is exactly the micropayments system we’ve been waiting for, right?

Join us in Reddit’s /r/dogecoin to learn more, and head over to our Buy Page to pay-what-you-like in Dogecoin to download the movie.

And if you just want to tip me some doge without even downloading the movie, send ’em to DCMjLezpumnsapvudfMZMk8vkUWccsuaGj and accept my thanks.