Fair amount of moving the timing of the lines and even the order of them while building this scene. When you’ve basically just got two characters competitively drinking at each other the comedy, such as it is, depends entirely on the timing of those sips really.

Obviously this first-pass attempt at it isn’t going to be at all right. But subsequent passes should be easier, just polishing rather than building. 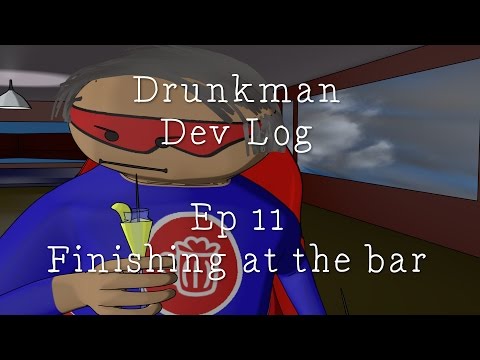