Devlog: It’s time to model the bad-guy, and his whip.

I try using the hair-physics system to build a whip, quickly give up on that and move onto using the cloth-simulator. Which does a much better job.

Then I rethink the bad guy’s costume, and make him a new texture-skin, specs and collar.

Finally animate that dude whipping with his whip.

Will it be good enough? 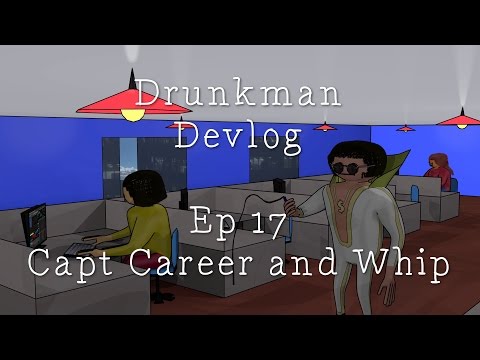