Simon asked: “I’d love to see sticking points explained at normal speed” and since today’s work was something a bit less routine and monotonous than the usual simple pose-to-pose animation he gets his wish!

The special effects shot involves a bullet moving in slow-motion bullet-time towards the drinking glass, smashing it and it’s contents spilling all over the floor.

I use the Cell Fracture system to break the drinking glass into bits, the Rigid Body Simulator to explode those bits under gravity and inertia, and the fluid simulator to splash the glass contents all over the floor.

Obviously, as usual, pretty much nothing works properly first time.

Since less of this is time-lapse recorded than usual, and more of it narrated, it’s longer than most of the devlogs have been. 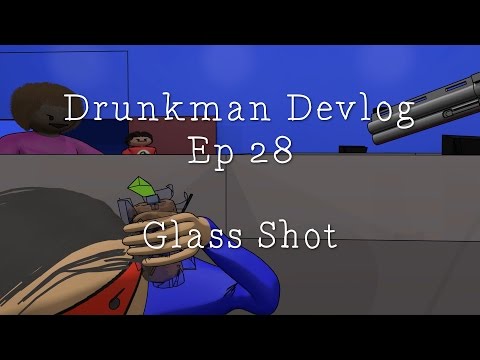