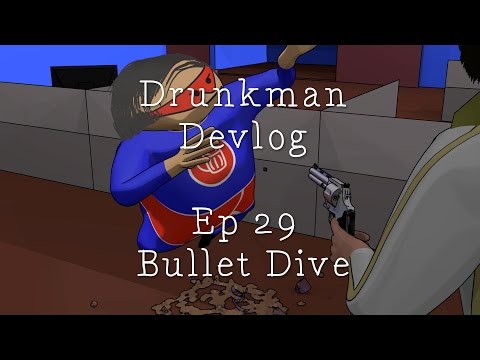 Animation Devlog: Animating the bit between two special effects scenes. We basically just pose Drunkman and Captain Career as they deliver a couple of lines then the bad guy shoots his gun while Drunkman fails to dive out of the way well enough and gets shot in the chest.

One shot here ended up wrong coz Drunkman’s hair is covering most of the shot, so fixing that is the first task next time.