The first ever using the AutoStripper, my Python scripts for Blender to cut this thing together from multiple videos. The old multiple-pass FFmpeg system just wasn’t good enough. 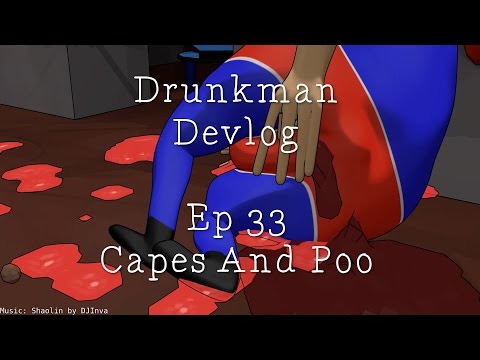 I mean you expect the first time you run some software like The AutoStripper for it to need much manual tweeking. But ended up having to basically re-write it from scratch when I ran into troubles with Blender’s 300,000 frame scene limit.

Obviously the finished video here isn’t 300,000 frames long. That’s like 3 hours. But some of the video it needs to import in order to cut the show to shape is. Could be up to about 12 hours is my theoretical limit.

And it’s not like you can just recompile Blender to have a higher limit. Turns out that’s about as many frames as you can do until you run into issues representing frame-numbers as floating point numbers. And you want floating-point, coz sometimes things have to happen between-frames I guess. Physics sims or whatnot.

THEN it turns out that the phone I recorded the head-shot video on is not only splitting the long video into 4Gig chunks, but it’s skipping a random amount of time while it changes files. Somewhere between half a second and four seconds in my first try here.

Chunked files is good, it turns out. Then I can write the AutoStripper to import them one at a time and not have to worry about frame-number-limits. But randomly sized gaps between the chunks?

So things fall out of sync a bit.

Might try using my GoPro for the headshot instead next time. That also chunks it’s files but at least it does so seamlessly.

During the actual session itself, I fiddled endlessly with the physics of that damned cape to try and get it into a reasonable position for frame-1, failed for hours then gave up and worked around it instead.

Then I did the fluid-simulator for the bum-juice coming out of Drunk Man’s arse. Which, blissfully, was about the only part of this process which has been quicker than hoped.

Still. The AutoStripper is actually working now, importing chunked-video files and adding them properly to the timeline in the strips I want to render the show. Hopefully episode 34 will be smoother.

And it does look better, slicker, and the improvement in sound quality is worth the effort alone I guess.