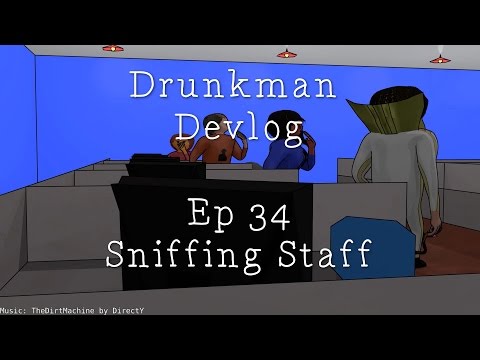 Course, turns out none of my characters have noses. So sniffing the air is a weird thing for them to do. Still, waving their faces at the sky seems to work okay.

As for the Devlog Show itself. The GoPro camera ought to work, but this time I pointed it wrong and the video was too rubbish, just a window with a shadow in front. Backup camera was also wrong, unfocused and framed badly. *sigh*.

Still learning. Next time will be better!