Devlog: In session five on the Drunkman cartoon, I start with editing his texture to include his eye-mask which I’d forgotten previously. 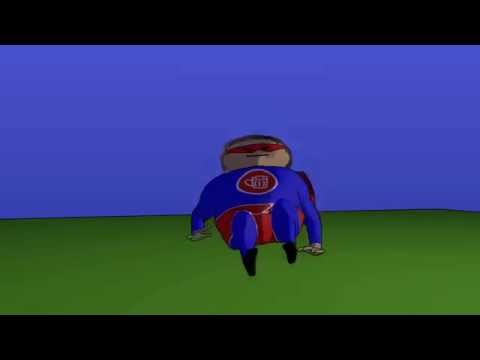 Then I move onto re-creating all the facial-animation shapes which were broken by previous skeleton-transforms.

Finally, I build a little test animation to check the character hasn’t got any major deal-breaker flaws. Frankly, his fingers look likely to be a pain, but not enough of a pain for me to try and fix it.