Devlog Timelapse of building Drunkman’s sidekick character “Shandy”. His super-hero costume is barely more than a pair of tight trousers and a teeshirt with his logo on it. That being a stylized “S” for shandy, that’s also a Yin/Yang to represent the larger AND the lemonade, and his more balanced approach to booze. 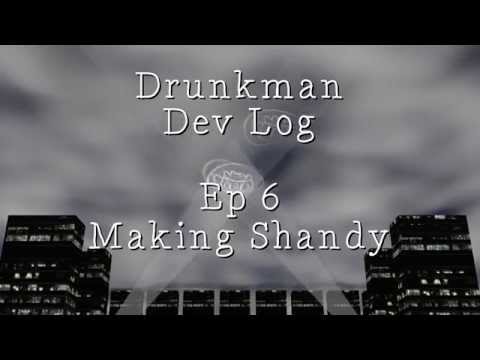