Animation Devlog #8 – Finishing off and preparing the first scene for animation.

Start by fixing a few bugs noticed in last sessions test-render. Next, feminize my generic character and then build a team of generic-characters to populate the bar so we can force Drunkman to have to wait for them to be served later.

Arrange the audio-clips into a sensible order so that the audio-track of the scene is roughtly right. No doubt we’ll shift it around some later as we build the actual shots.

Finally render a long test walk-through of the initial set for scene one. It’s looking about right. 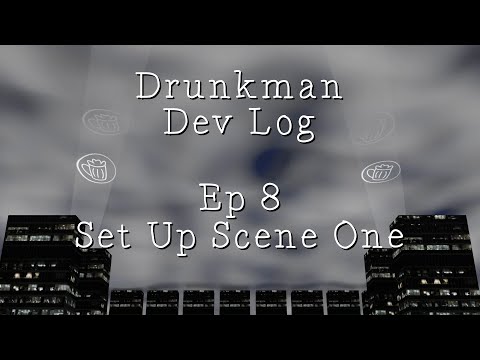