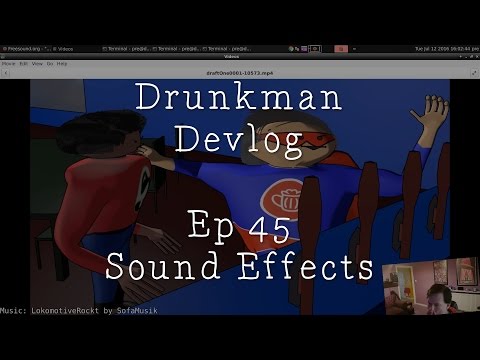 Hectic June is over though, and finally back to doing some work on this never-ending cartoon that was only supposed to take three or four months.

It’s getting there now though.

First half of this session was mostly fetching Sound Effects from Freesound.org and is really very dull even by Drunkman Devlog standards. Surely too dull to bother to watch at all.

Second half I fix a few remaining bugs and make a monumental decision to change the colour of the walls in the longest scene in the cartoon. So. Lots of re-rendering time ahead.