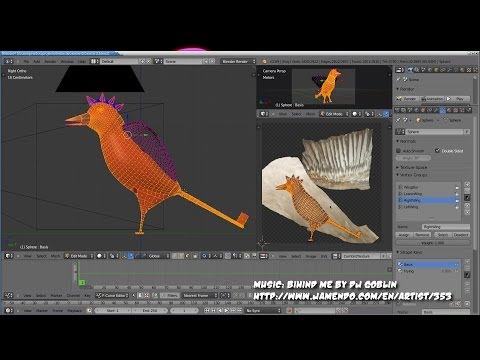 Our new hero needs a companion, and it takes the form of a bird. Here’s how I built that.

Starting with a reference photo pulled almost at random from the network, I shapoed the bird’s body to roughly match. Though the beak I had in mind way WAY different, so I pretty just made that up.

The legs in the reference image were also completely wrong, so I spent a fair amount of time shaping them.

Cut out a round shape for the eyes, and put a eyeball behind that gap then rearranged the feet, and spent more time on those damned legs.

Filled in the inside of the bird’s mouth, then extruded some wings, experimenting and testing on ways to make them flap and curve around the body.

My original plan was to make the bird flap like a hummingbird, so quickly that the gap between it’s wings is just a blur. So I split those wings, leaving a web in space between the edges to fill with blur. And experimented with some materials to make that blur translucent and coloured and look good.

Next up a bit of texturing, taking feathers from reference photos and effectively pasting them onto the bird, giving it surface curve and lighting and colour.

Two different textures, one for the bumpmap to give the surface depth, and then another much more garish one to give colour to the bird.

More effort on the wing-blur, but I never really get it satisfactory, the way shadows pass through the blur proves too difficult to model. Inside the wings are always to dark, or else the wing too transparent.

So I give up on that, and join the wings back up into one piece again.

More fiddling with the texture and a quick resize before I import Frankie, for a test shot. Sitting the cambird on her shoulder.

Next time: Boning my bird 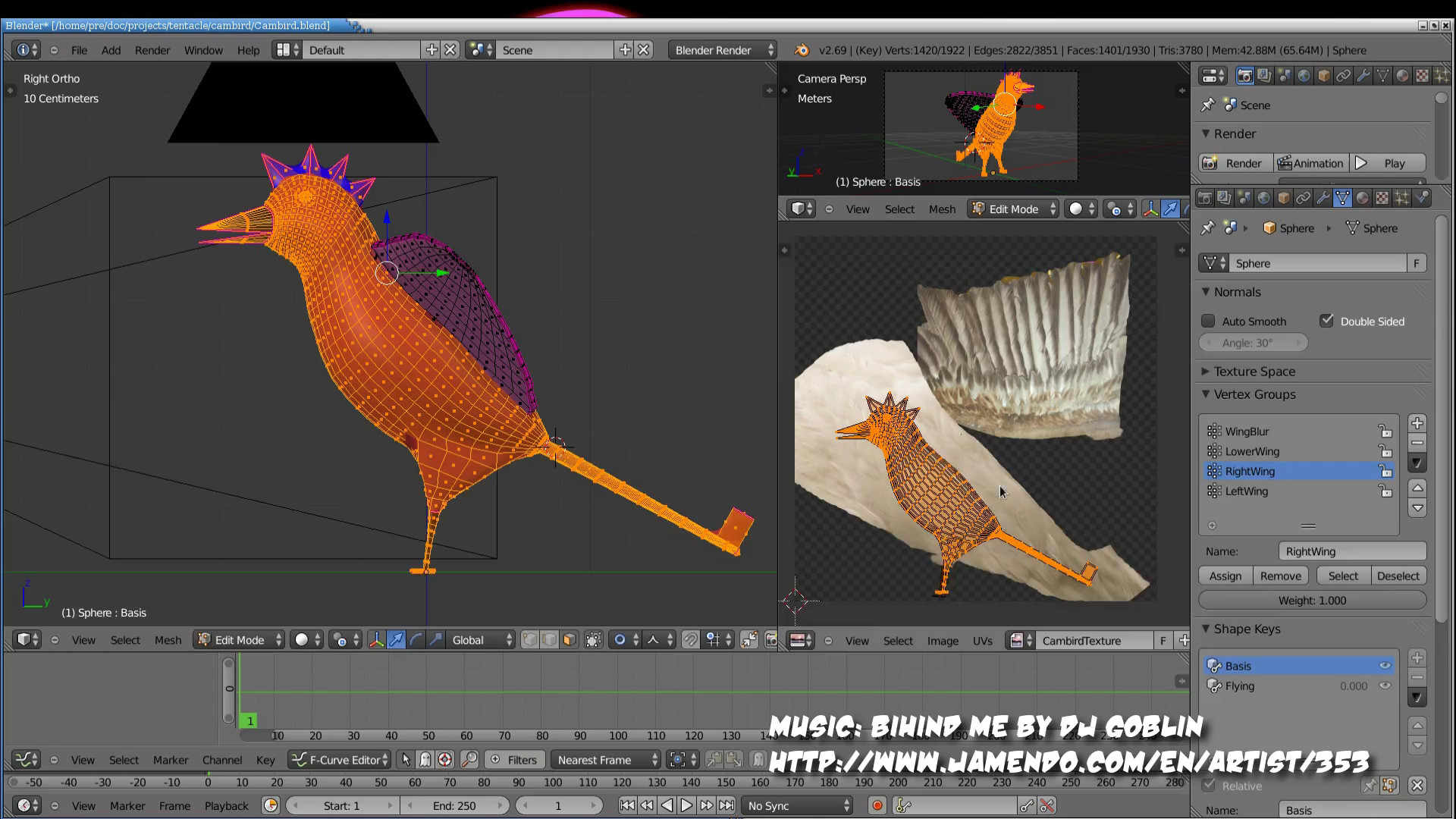