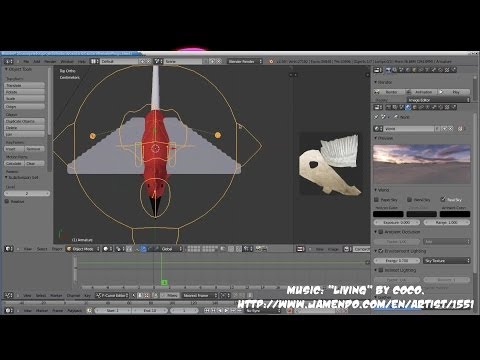 I start by building a deformation armature throughout the bird’s body. Three bones in each toe, two in each leg, three including the head for a backbone, another for it’s stomach , beak. Many for the tail and some for the bird’s crest.

Then I make that armature into a modifier of the bird’s skin. The skin will bend along with the bones.

In order for this to work well, each vertex on the skin’s mesh needs to know which of the bones are supposed to guide it’s movement. This is organized by vertex-groups. Each bone has a vertex group named after it, and those in the vertex group are affected by the bone the group is named after.

The automatic guess-level default for that isn’t terribly great, so it takes quite a lot of tweeking and fine-tuning using the weight paint system to get the skin actually responding to the bones properly.

Blender even crashes as I do so, but I’d saved recently. All is fine.

Once all the deformation bones are in place, and the bird’s skin seems to follow that well, I add some more bones for kinematics.

It can be hard to position a character as you’d like if you have to work up forward in the bone tree from the root every time. So I add new non-deformation bones and tell the system to draw those as rings and loops and targets, then add constraints to many of the deformation bones to have them track the target bones.

I give this a test, tweek, revise a few doomed experiments, then eventually animate a test flap.

The music is a track called “Living”, by Coco, whose Jamando page can be found at http://www.jamendo.com/en/artist/1551/koko 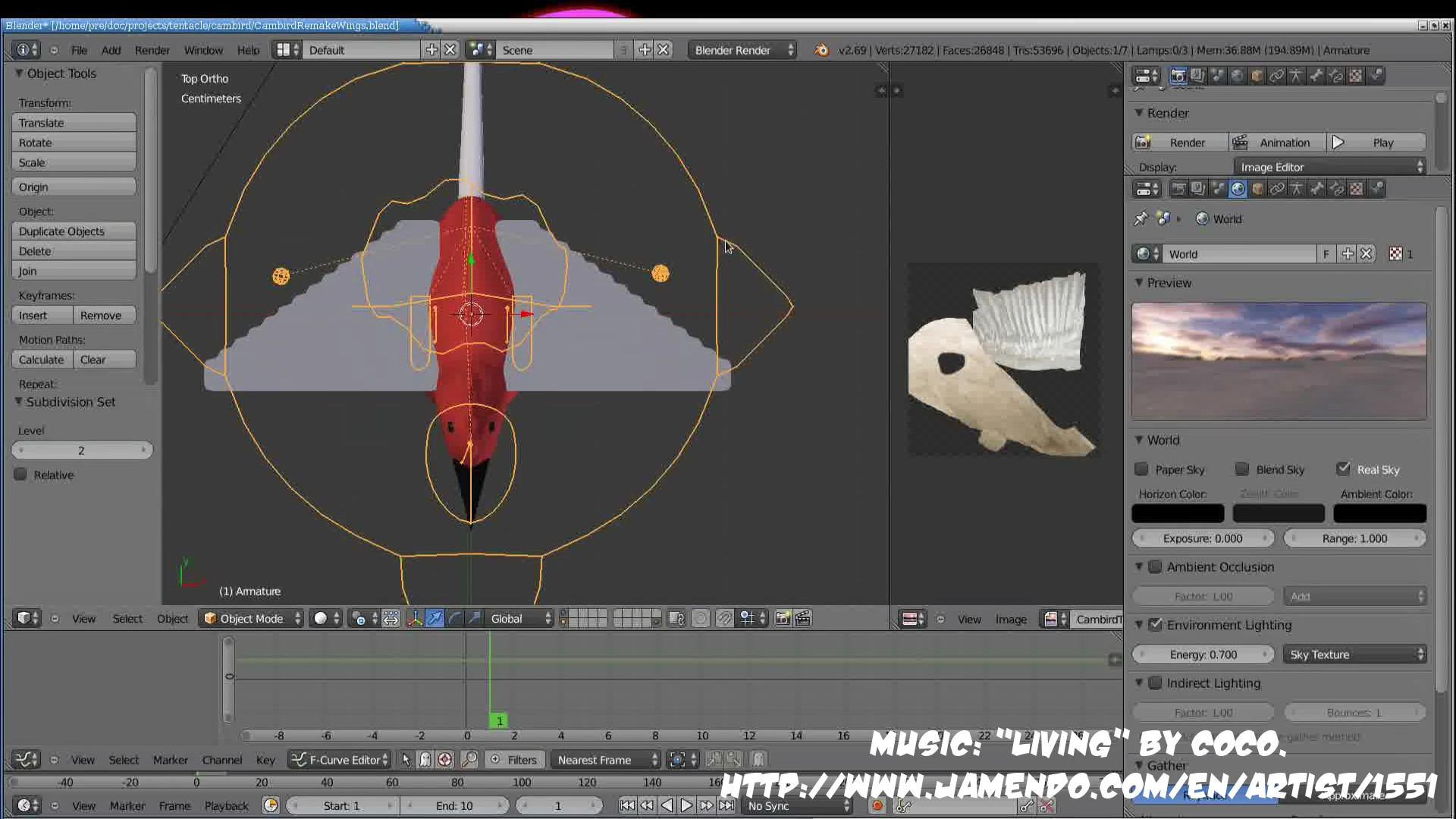