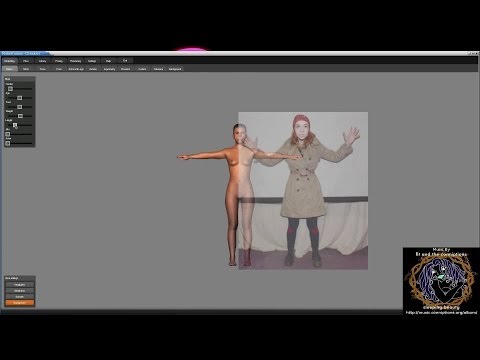 Our upcoming prequel shorts are going to need a new character, and lovely actress and performer Rosy Pendlebaby has kindly volunteered.

Making of Frankie started with a quick and enjoyable photo-session with her to get some reference photos, and then we present here the next six hours or so. Speeded up time-lapse style to squish down into ten minutes.

I use makehuman to tweek a face until it roughly matches Rosy’s, then do the same for the full lenght body. Adding some underwear and boots that may come in handy, the rest of the clothes will be hand-made later.

The makehuman export is then imported into Blender, for editing. I adjust the texture, painting pictures from Rosy’s photo-session onto it, matching the skin tones where possible for the rest and darkening the eye lashes.

I add a hat and her hair, combing it into place. This will have to do for now, but long-term isn’t going to work. We need Frankie’s hair to fall around naturally not be fixed hair-sprayed into a combed shape I’m afraid.

Next I test out some poses and facial expressions, to be sure that’s all working and I can put Frankie into whatever poses I need.

Finish with a test-animation. Yes, it’s Frankie dancing about in her underwear. This is coz we haven’t made any clothes yet. Look out for part two when I’ll be doing just that.

I fear Frankie is too realistic looking, and will have to be cartooned-up later too. What do you reckon? Does Frankie look like Rosy? @tentacles_ate. 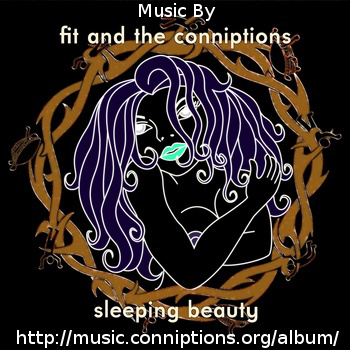 The music is from Fitt And The Conniptions. Wayne’s new album is Out Now, available for pay-what-you-like download. 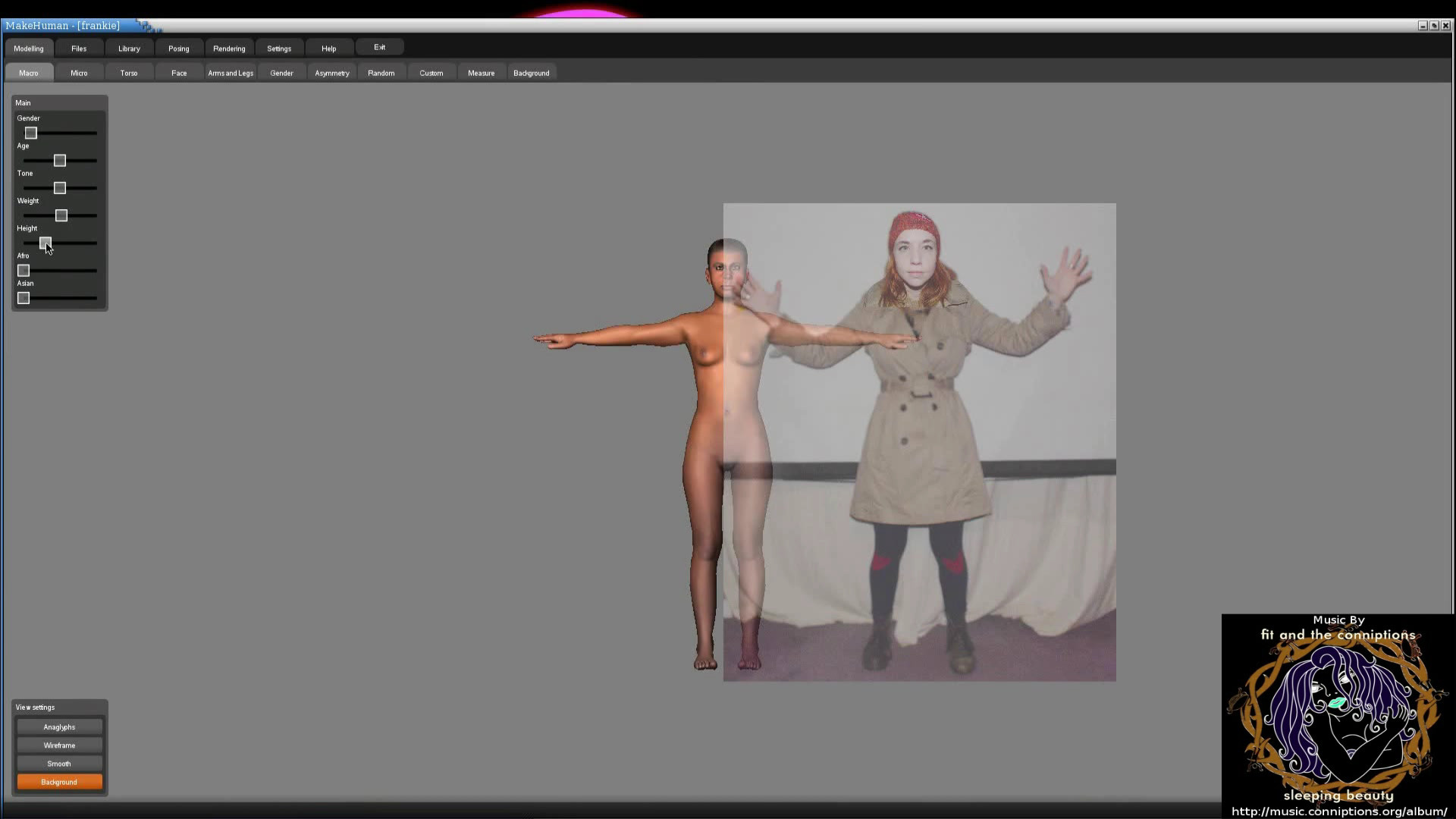