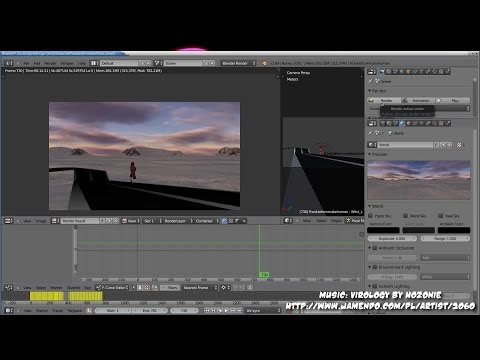 In my final session building Frankie I aim to do a quick test animation, to iron out as many bugs as possible. She’ll never be ‘finished’ and no doubt always require tweeks, but it’s good to get as many of them out of the way as possible.

So I start by giving her a running animation. Frankie will need to do a lot of running.

I add some ‘running’ poses to her pose library, tweeking each pose’s limbs and main root model height so that when chained together they’ll look like she’s running.

Then I spread those frames out over a few hundred frames of running. Pasting down each of the frames and then duplicating that along the timeline, giving it a quick test with the low-poly model.

As you’d expect, the first time that looks rubbish so it requires some tweeking and try agin. And again.

Running is something Frankie has never done before, and it screws with her hair something awful. Really sends it pinging meters away from her head. More hair tweeking needed.

I add a large jump for a bit of variety, sending Frankie flying into the air, and landing in a crouch. Hopefully making her cloth-simulator coat and hair flying around her.

Crouching is also something Frankie has never done before, and doing so exposes many vertices which aren’t linked properly or well to her bones. And so don’t move properly as she does. More tweeking to fix all those.

It turns out that during Cartonnification I managed to destroy the masking which hides Frankie’s skin when it’s under her coat and skirt. So I have to repair that before I can continue too.

I’ve had the awesome Rosy Pendlebaby record a vocal track to match: Running, jumping, saying “They’re Coming, Run!” and synch that track using Papagayo. Papagayo produces a MOHO voice track, which describes the shape of her mouth at each moment. Importing this into Blender’s Makehuman model is easy! A real timesaver.

There are still more masking problems to solve. The neck is over-masked, and the back of the skirt under-masked.

The difficulty with the later of those two is that in some shots, it’ll likely need to be visible. And in other shots it’ll be showing through the coat wrongly. The solution? We’ll need a separate mask for the back of the skirt which can easily be turned on and off.

Some final adjustments to the poses, especially during the look-to-camera and it’s more or less ready to go.

Except for the tests show the hair going crazy. I spend a *long* time trying to understand why the hair goes so mental at apparently random times. You’ll be glad to hear I paused the recording for most of that repetitive tweeking and retrying of hair and collision values.

Frankie will no doubt need more tweaks and edits as time goes on, certainly I’ll want to gradually expand her pose library, but for now, Frankie is done.

The music is a remix of a track called “Virology” by Electronic Senses you can find their Jamendo page at http://www.jamendo.com/pl/artist/2060 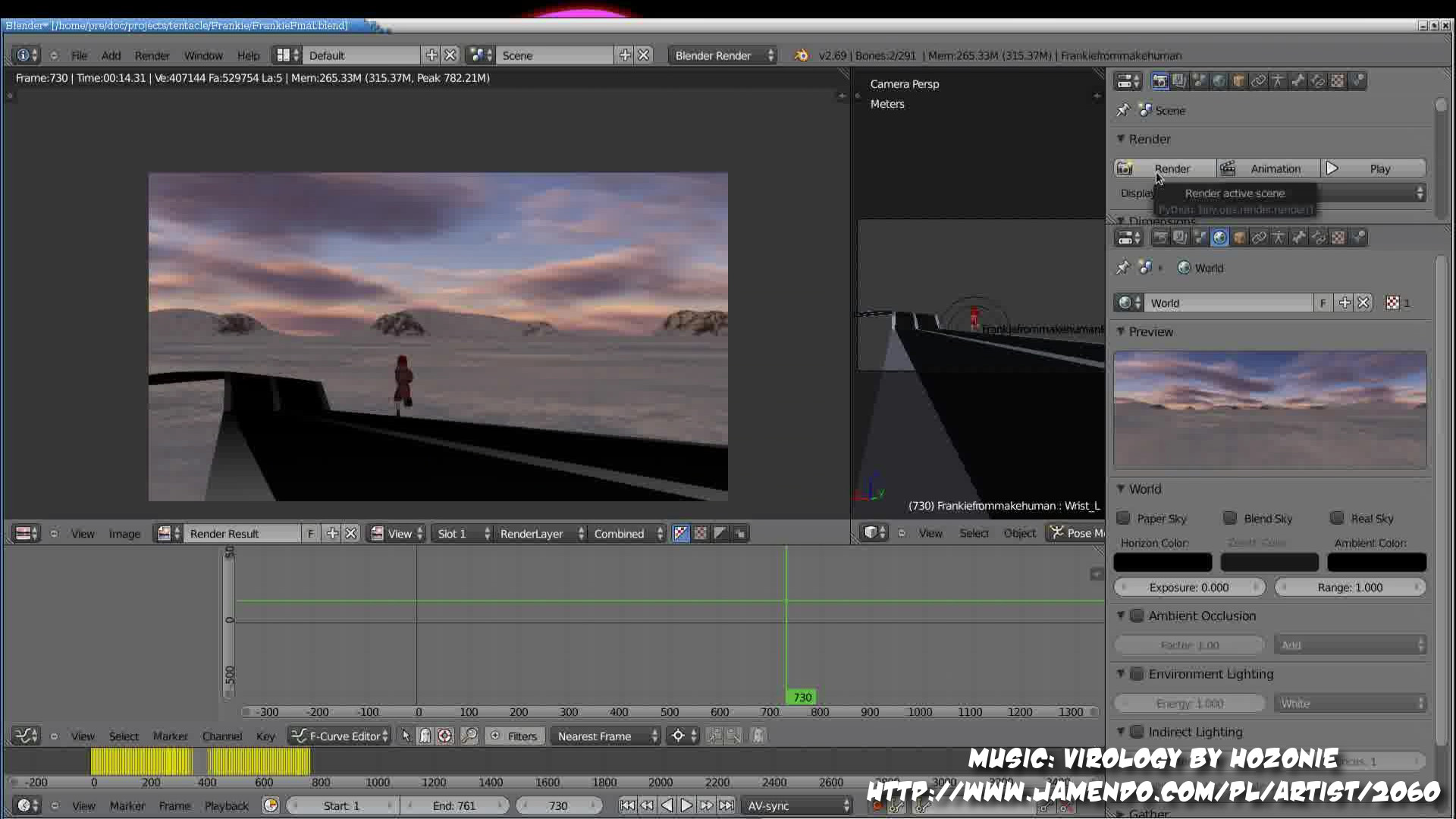