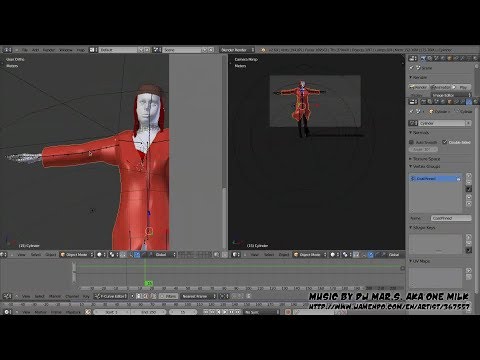 In part two of Making Frankie, I start with redoing her hair using hair dynamics, so that it flows and falls naturally rather than being stuck in a static combed position as it as as the end of part one.

The hair falls right through Frankie’s shoulders though. I fail to get the particle collision with her skin as I wanted, struggle for a while trying to apply invisible forcefields to push it into the right place, then settle for something that’s really not good enough and will likely have to be redone again in part three or four.

Then I move onto modeling Frankie’s coat. I start with a cicle, extrude it up and down, start shaping the lapels and then blender crashes. Doh.

So I start again, this time just making a long cylinder and subdividing it up to get a mesh, then shaping that mesh to hug close to Frankie’s body, and hang down at the bottom.

I add a cloth modifier, pinning the figure-hugging top of the coat while leaving the bottom half to flap and sway nicely in the wind.

It looks pretty messed up for a while, and I struggle to figure out why. Then, Ahha! The modifier stack. The subsurf modifier which breaks the coat into smaller squares, is conflicting with the modifier to move the mesh to swoosh about in the wind. I swap the order that they are applied in, and it’s much better.

So more work on the mesh. I find I can’t really see what I’m doing with a black coat, so I switch it to green while I fold and extrude the lapels. Fiddly work.

I join the loops at the top over Frankie’s shoulders, clean up the arm-holes mesh, which was spiraling when it should be looping, then clean up the lapels some more.

Decide to try the coat Red, which is nicer, but it’ll certainly need a proper texture and material later.

Finally, I extrude some arms from the arm-holes, apply a armature deformation to it so that the coat will follow the movement of Frankie’s bones, set up a pose for her and run a test animation of her standing, coat flapping in the breeze.

Her coat is a bit TOO tight into the skin, and pokes through in places, it deforms strangely at the armholes, and is pretty misshapen at the shoulders. It also needs a proper material, so there’s quite a bit to be done yet.

The music is from DJ Mar.s AKA One Milk, you can find his Jamendo page at http://www.jamendo.com/en/artist/367557 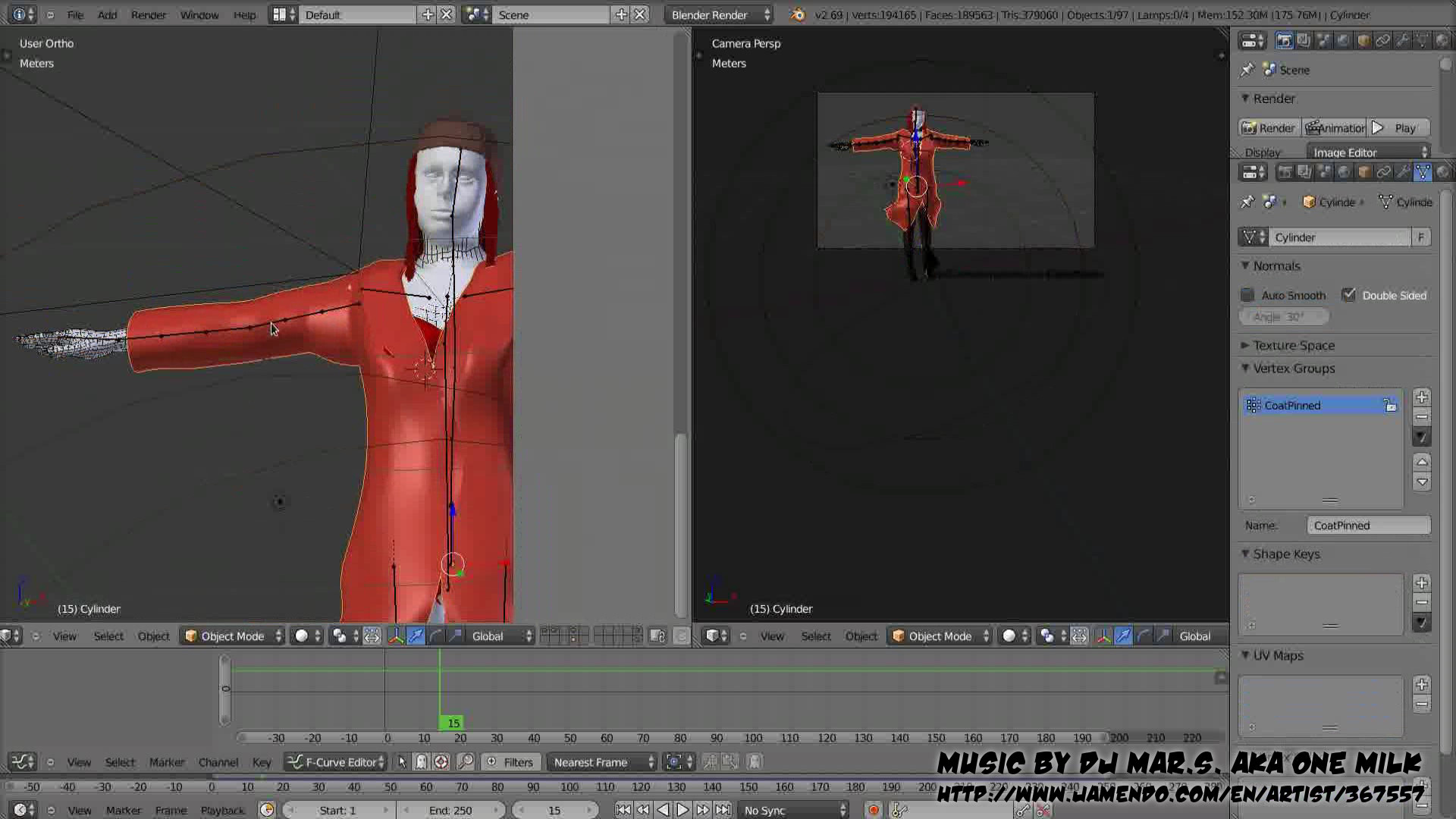