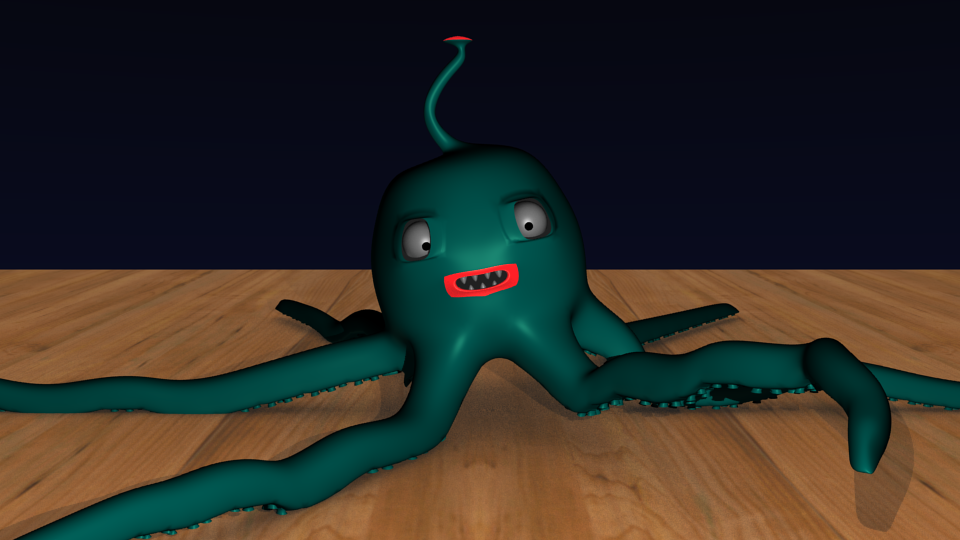 I’m hoping to expand the cast of monsters somewhat, use more voices for them rather than having to do it all myself all the time and extend ‘the family’ to include more than just the usual crew of Malcolm and Fanny.

So I’ve been rebuilding the monster’s rig. That is the virtual mechanics of how I control their poses. There’s controls for each eye-lid, all the major mouth-shapes, and now one for the hue and saturation of the colour of the monster’s skin. This means I can create a ‘new’ monster character very easily now, just scale and change the skin colour of the model in mere moments. 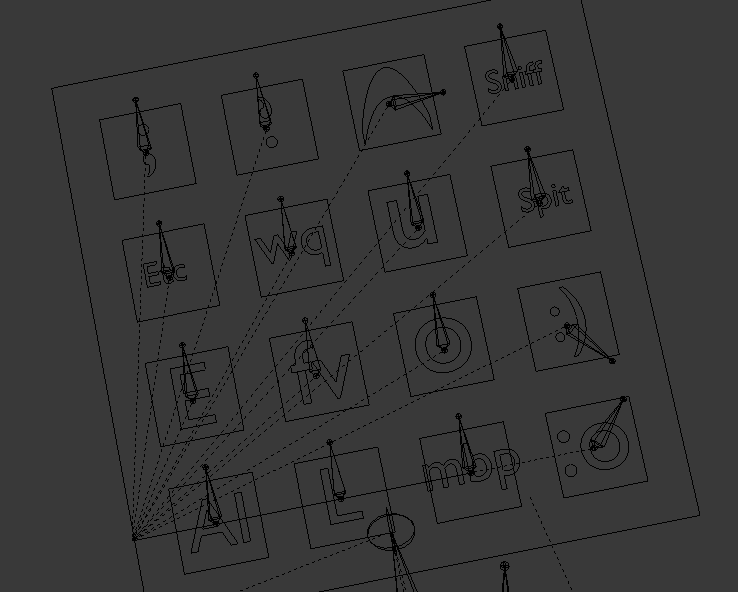 The monster’s tentacles themselves are now controlled more easily too, using a Bezier curve with five control points for each of their six legs. Should make for some more smoothly animated tentacle shenanigans in future cartoons, though going to have to re-doc their walk/run cycle as basically the next task.

Feels pretty strange having the monsters respond differently to the control points, but already feeling easier than the old system and it’s not even finished yet!