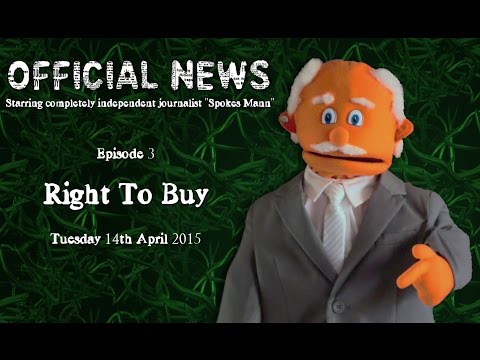 Good evening, I’m Spokes Mann and this is “Official News”, incorruptible reporting in no way influenced by the hidden tentacles of private land ownership.

The Conservative Party today announced their Manifesto, claiming it would help the poor and the working people of the country, and was not designed to transfer yet more of the nation’s wealth into the tentacles of private ownership.

Under their rule, councils will be forced to sell their *most* valuable homes to the tentacles of private landlords, and use the money to build new homes for the poor which *must* be of lower value than the homes they have sold.

The surplus cash from those sales will be appropriated by the government and used to subsidise the transfer of housing association homes to the tentacles of private ownership through an expanded right-to-buy scheme which allows property to be confiscated from non-profit or charitable organisations by government in collaboration with private individuals.

They insisted that this policy was NOT designed by the tentacles of private ownership to ensure all good quality housing is transferred to them through the markets while ensuring the poor are locked up in ghettos of increasingly poor-quality housing stock.

That’s all that happened today, it wasn’t a distraction, and absolutely nothing else should concern you.