Starship Schrödinger’s Destiny is my interactive Virtual Reality sci-fi story about the crew of a flying saucer.

Eight months after V0.1’s release “Forgettery”, I finally have Version 0.2’s release ready. It’s called “Eggs” and will be released as a flat-screen cartoon, a 360 3D virtual-reality movie, an interactive OpenVR app (for Vive and Oculus Rift) and as a Gear VR app for Samsung Gear VR over the coming days.

There’s a few clips of the new story in this development video diary where I talk for five minutes about the work that’s been done since V0.1. 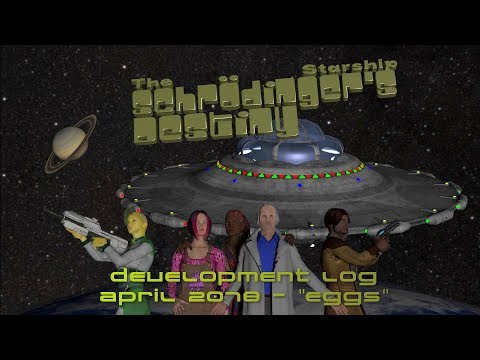 V0.3 starts next week, after a weekend playing Skyrim.