The crew of the flying saucer get into a pickle over what to eat for dinner in 3D 360 video. 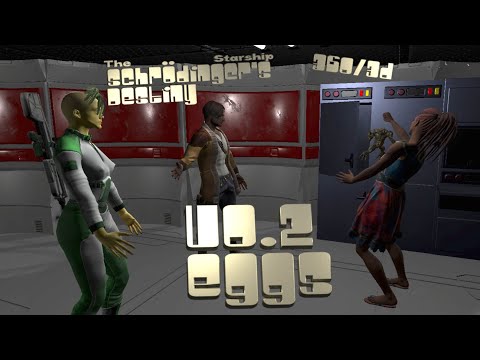 The Starship Schrödinger’s Destiny is an interactive story set in virtual reality featuring the adventures of the crew of a flying saucer.

Produced by Adam Priest except for

So many open-source and creative commons and marketplace contributors I couldn’t even keep track of them, notably those attached to Blender and Unity and Freesound.

There is a flat screen film too.

There is also an OpenVR app for Vive/Rift.

There is a GearVR app for GearVR, released soon.