Live-streaming my animation work in about an hour, using Blender to do mostly shape-keys and facial-expression stuff of a cartoon character in a cartoon style.

In the second session here I plan to work mostly on facial expression of the generic character that all the main characters will be based upon.

You can watch the previous session or a five minute time-lapse.

Session two went well, faster than expected. Our generic-character can now move his eyes around and his mouth can sync to words and stuff.

You can watch the time-lapse version here in less than five minutes. 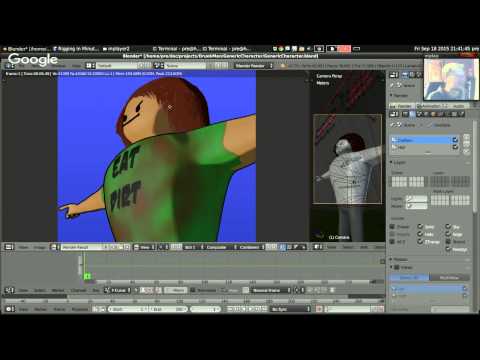